Neopets has been in a weird place for a few years now. It's been in a weird place ever since it started sliding out of relevance in the mid to late 2000s, but things got especially weird for it when it changed owners from Viacom to Jumpstart in 2014. Almost immediately after the purchase, most of the original Neopets staff that had been there for years were fired, and replaced with a skeleton crew of new hires. For years, the site has limped on, with less important parts of the site having their content updates slam to a halt, while the parts of the site that still got updates were of varying quality. All of this combined pushed Neopets farther and farther out of the public consciousness; the only newsworthy things that happened on Neopets for a good long while didn't reflect well on the site, such as when the profanity filters for their messages boards somehow failed. 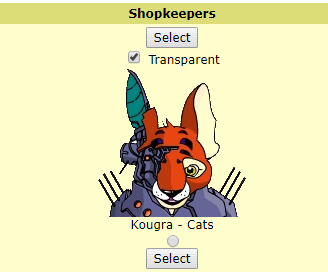 I don't want to post a screenshot of any vulgar messages, so instead here is the best shopkeeper in Neopets, and proof positive this site really belongs to the early 2000s.

Despite this dismal start, things have been turning around as of recent. Most of the old contests on Neopets that were abandoned are now running again. In 2017, the site had a 'Plot', a story event with unique games and prizes, the first one of its kind in years and the first one since the site changed hands. The biggest change of all is yet to come, in the press release Jumpstart released for their newest Neopets themed mobile game, they also casually dropped the bomb that in Summer of 2019 Neopets itself is going to be 'converted to a mobile app'. There is no hard date planned, but they specifically mention showing something at Comic-Con 2019, so probably after that. It's hard to extrapolate exactly what this 'conversion' would entail just from the tiny bit of relevant text from an only slightly less tiny press release. It could be a massive overhaul of the site, it could just be slapping a responsive style sheet on the site and calling it a day, or it could be anywhere between those two extremes. If the site is going to have any sort of significant makeover, there be a large amount of content in the site that will either need to be revamped or discarded; this content is, naturally, the decades worth of flash content hosted on the site. 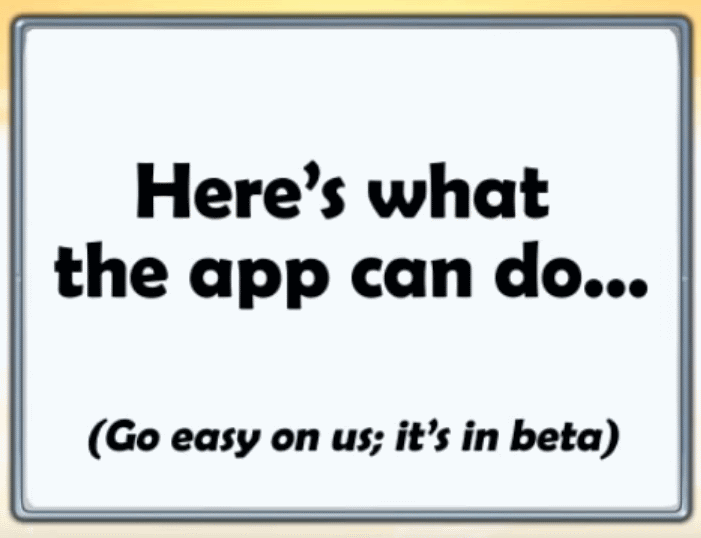 I think it's very appropriate that the only easily found copy of this trailer is a screen recording posted on YouTube.

Before going much farther, it is worth mentioning that right around the time of the buyout Neopets actually had a trailer on the site for a mobile version. I'm not entirely sure why it's taken them half a decade since the announcement to finally create a mobile version, but it probably has something to do with the letting go of their entire creative staff from the Viacom era. The trailer is obviously a mockup of what they expect the site would look like and not anything that had development done on it, but I wouldn't be surprised if it was being used as a blueprint for what the mobile site will look like. On the other hand, plans can change in five years, and there is probably a reason the trailer is no longer available on the site. The specific features singled out by the trailer were being able to take of your pet (naturally), the message boards, and the games on the site, with the two games shown in the trailer being two of the most popular flash games on the site, Meerca Chase and Kass Basher. 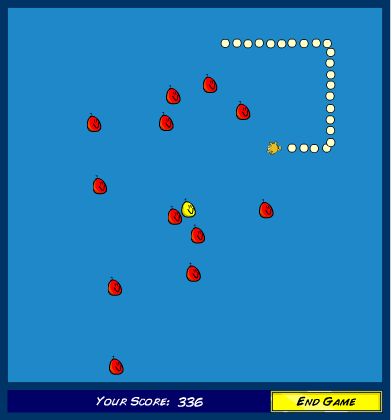 Meerca Chase is basically Snake, so I honestly don't get why everyone is so crazy about it. I guess everyone likes Snake.

Even if Neopets wasn't planning a mobile site overhaul the Flash content would be on the chopping block, since most modern browsers are set to get rid of flash support in 2020. The Neopets team has been promising that they were going to address this problem and convert things to HTML5. Indeed, every new animation for the site they've made since then has been in HTML5, and they have slowly been converting other features of the site from flash to HTML5, like maps. Games, however, have remained almost entirely untouched. This isn't too surprising, as converting a simple map with hotspots on it is a much different beast to converting an entire game, even some of the less complex games. 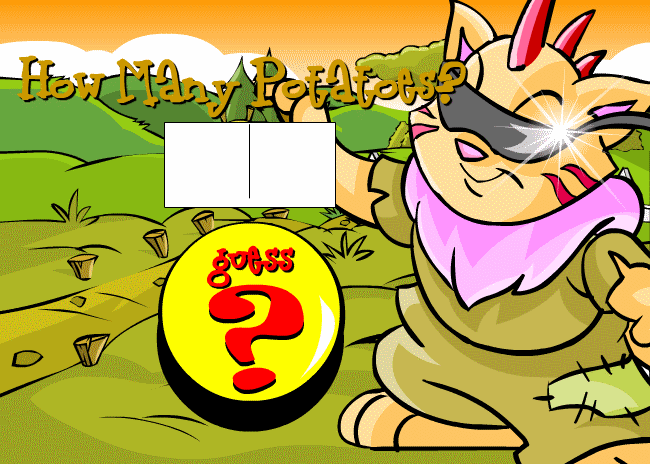 Pictured here is one of those less complex games, Extreme Potato Counter. You count potatoes. Extremely.

Complicating things more is that these games were designed for computers with mice and keyboards, and not mobile devices with touchscreens, so it's hard to say if they can even BE converted. Some entirely mouse-based games can theoretically go through the conversion with little difficulty, like Destruct-o-match. Other entirely keyboard-based games would be trickier, but the more popular ones like Meerca Chase would likely have the effort put in to convert to touch based controls. Games that use both the mouse AND keyboard on the other hand, such as Hot Dog Hero, would need a complete control overhaul, and would almost be considered conmpletely new games, if the overhaul happened at all. Finally, there are games like The Last Blast that not only require a keyboard and mouse but also require a third party plugin besides Flash, which will most certainly stop being supported in 2020 if they are not already at the end of their life.. My personal belief is that if they are going to be converting games, they are going to start with a handful of popular mouse based games, and then slowly trickle in new conversions as time goes on. One game that should have an interesting conversion is the keyboard-only game for the Altador Cup, Neopets's big yearly competition/event/fun vampire. Since the point of the Altador Cup is to keep playing a flash game over and over to rack up points for your team, the Neopets will need to make sure this game has a replacement ready by the summer of 2020. 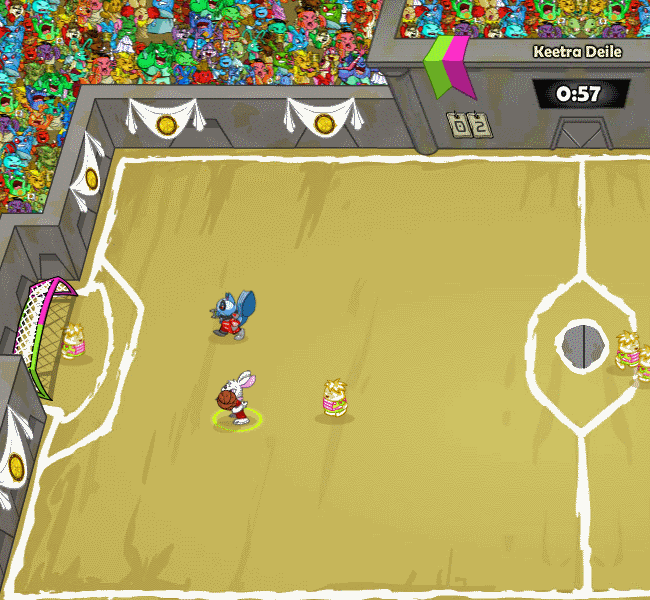 Besides the obscene amount of games on the site, I imagine most of the other most high-traffic parts of the site will make the jump to mobile relatively pain-free, at least within a year. The various daily minigames users try their luck at are already mostly flash-free, and shouldn't be much trouble to bring over. The Neoboards will need a mobile version for viewing topics and posting replies if they don't have it already, but are otherwise comparatively trivial to being over. What I am really concerned about are the various pieces of Neopets history that are less travelled, less known, and in some cases already orphaned on the website, meaning they are not linked to from anywhere else any more. Naturally, these parts of the site heavily used flash, so they're probably doomed twice over. 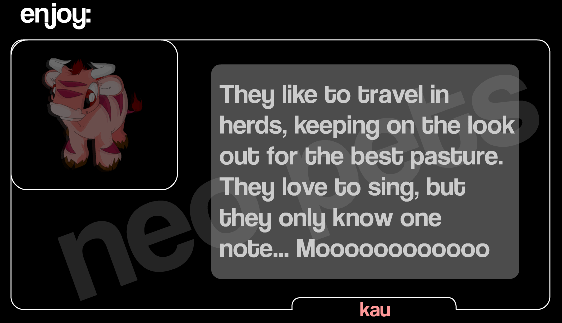 This promotional flash is probably old enough to vote.

The majority of this hidden content are pages that weren't hidden to begin with, and were just phased out quietly, like archives of the stories of previous plotlines and events. If you have a link to these pages, they load perfectly fine in the modern Neopets site without any broken images, and very few broken links. However, it is very hard to get to these pages only from Neopets itself; in some cases I don't believe it is even possible. In most cases these were pages that were viewable clicking a link in the world they were relevant to. For example, the results of The Neopets Team's ancient Survivor parody 'Sacrificers' could be visited from a link on the Mystery Island map. At some point this link was taken away, and now it is very hard for the average user to stumble across this animation of a member of the Neopian staff being subjected to a flesh eating gas and reduced to a skeleton.

It's not as graphic as it sounds, honest.

There does not seem to be any rhyme or reason to when these links get taken away beyond when the map pages they are originally on get updated. The Faeries' Ruin, one of the more recent plot events, does not have a link to the plot overview I could easily find; meanwhile, Battle for Meridell and Tale of Woe, two comparatively older plot events, are referenced in the map and world descriptions for their respective lands. Comparing the art style of the maps, it could be reasonably deduced that Faerieland's map was updated much more recently than Darigan Citadel or The Haunted Woods. For what it's worth the bigger fansites for Neopets have all of these plot stories and information archived with links to the relevant pages, so a curious sitegoer could find this information if they really wanted to, but it remains to be seen if they will be able to find it on the site after the overhaul.

Ultimately, I am not too worried about the past of Neopets. Although the site itself blocks the Wayback Machine, there are countless articles and screenshots of the site as it once was. There are even a few recreations of the 'good old days' of Neopets. Even the flash games will be archived in some unofficial way; you might not get Neopoints for it, but if you want to play Destruct-o-Match II in 2022 I am sure there will be a way to do so. What does me worry me is the future of Neopets; although the new Neopets Team has been coming into their own, they are still a much smaller team than the one that they replaced. Working on new content for the site AND modernizing old content might be stretching them a bit thin, and my concern is they will have to focus on one at the cost of another. They could hire on more employees to help with the transition, but even if they are temporary hires that might be more money than Jumpstart is willing to spend, based on their treatment of Neopets so far. My biggest fear is that Jumpstart will do this modernization, it won't make them as much money as they wanted, and then Neopets will either get sold off again or shut down outright. If that happens, it'll be a sad fate for another old web titan trying to fit into the new internet.